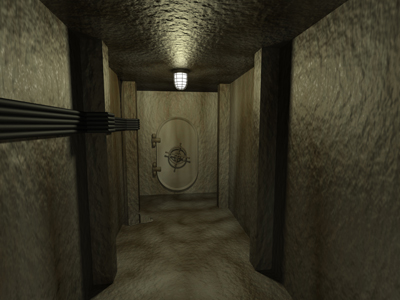 I was a teenager in the 80s so I wasn’t around when there was a threat of nuclear war every day and everyone wanted a bunker. Though they’re scary when you think of why you need one I always wanted one because I liked the idea of a safe place with everything in it you might need to survive. When I was a teenager my introduction to nuclear issues was The Day After. It was the first time I realized the world I was living in could be destroyed and destroyed so quickly. The budding writing in me always remembered that and over the years I thought about various ways the world could end.

I still remember the bomb shelter scene in Grease 2 when Louis was trying to convince Sharon to “do it for our country”. And the use bunkers has appeared in other movies that have nothing to do with an apocalypse. But I’m more interested in when bunkers are used to protect the characters from a virus, invasion, zombies. They’re waiting out some crisis hoping the earth will be able to sustain them again some day. Copyright ronniechua and available at BigStock

Recently my husband and I saw a movie called Hidden. It’s a slow build movie with tension, suspense and a hint of horror. It pulls you in slowly but once you’re hooked there’s nothing you can do but root for the characters who don’t know how long they’ll have to survive in the bunker. The flashbacks were woven in perfectly. The reveal, I thought, happened at just the right time. I would watch it again to see if I can pick up all the clues to the twist. If you plan on watching it don’t read any spoilers.

There’s a small part for a bunker in the first book in my trilogy. Small but recurring part actually. It’s important to the story but they aren’t using it to protect themselves from an outbreak. The outbreak part is long over and the province has rebuilt. There’s some semblance of order again. The bunker in the story will feature prominently in the prequel trilogy to the Standpoint trilogy though.

There’s no telling what secrets the characters will find in the bunker. Where it will lead to. How it changes them and the way they view Campus after they find it.

What’s your favourite movie or story that features a bunker?

*Feature photo of bunker copyright sssccc and available at DepositPhotos.