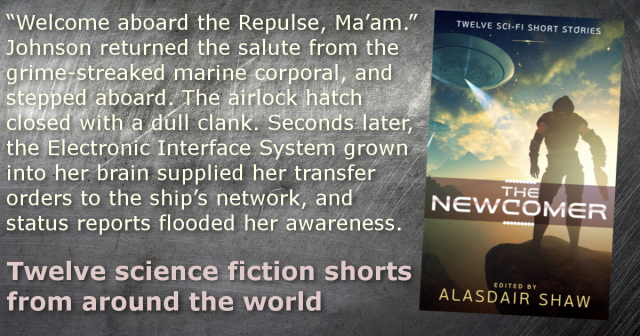 I know it’s been a while since I’ve written anything on here and for that I apologize. It’s been a crazy busy year so far but I’ve still been writing. I’ve got a writing challenge planned for January that will have me writing and publishing a lot more. In the meantime I have a short story in a new anthology that releases today! It’s called The Newcomer and I hope you check it out. Kaxian Duty by Cherise Kelley
Three-month-old Clem faces his first day of Kaxian Duty with anxiety. He is keen to find out what his assignment will be, but runs into distractions on the way to headquarters. Training will be hard. Mistakes will be punished.

Oh, and his tail has a mind of its own, which doesn’t help matters any.