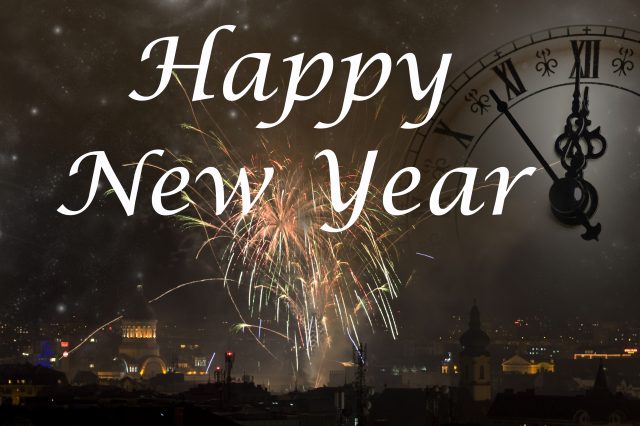 Last year wasn’t a great one for a lot of people. And I’m not talking about all the celebrity deaths which seemed to be a lot more than usual. There were other things that went a whole lot wrong last year in my personal life. Dad’s cancer. Dervish’s (aka Slippy Cat) heart condition getting worse. Financial struggles for the first half of the year. But I don’t want to dwell on the bad. There was good too.

The finances got sorted. Even though Dad’s cancer is back there is still hope with the ongoing treatment. Dervish did get worse but we had the fluid removed from around her lungs and adjusted her medication. How long the improvement will last is anyone’s guess. The last round of medications kept her stable for two years. I’m hoping this will keep her stable for longer than that. I finally started a weight loss program and have lost 32 pounds so far.

Of course a new year means new goals for me. I always list what I plan to do during the year with every intention of actually accomplishing it. The shine of a brand new year makes one optimistic. This year is no different except the goal at the heart of my plans is to become a full time writer. To do that I will need to release books – under my own name. The short stories and novellas I have out under pen names don’t count. I’m starting with a fresh slate. Well, sort of fresh. I do have one short story up under my name as well as stories in two anthologies. I plan to finally release Almost Normal (Shifting Sands Book One). I’ve already started writing Almost Never (Shifting Sands Book Two). I also have stories in mind for a prequel (so readers who sign up for my mailing list can get the inside scoop as to how Sierra’s boss found out about her secret) and book three which will be titled Almost Perfect.

Besides the Shifting Sands series I will be working on a few other series. One involving angels. Another one involving demons. And it wouldn’t be a complete year if I didn’t throw some ghosts into the mix. There will also be at least one book in my dystopian trilogy though Iâ€™m hoping for them all to be finished and released next year. All of these plans depend on the actual writing, though. So I will be doing a lot more of that in 2017.

Other goals for the year include spending more time with family and friends, reading more, watching more movies, and continuing on the weight loss journey. I have a Supernatural convention to go to this year complete with Jensen photo ops and I want to look my best!

Do you have goals for the new year?