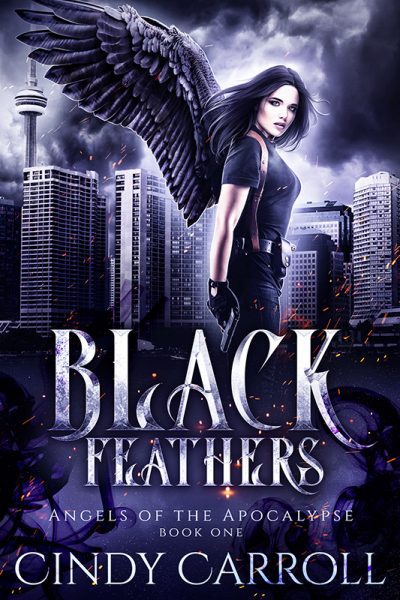 She traded in her wings for a badge. When Conquest, one of the four horsemen of the apocalypse arrives, he’ll have to get through her first.

Rachel can out-fight and out-swear the saltiest of sailors, but she used to be an angel. When she’s exiled from Heaven and stripped of her powers, she has no trouble fitting in at the Toronto Police Department. Beneath her tough exterior, however, she actually cares about the humans she protects, and when she saves a prostitute from a violent fate, she’s determined to protect future victims.

After uncovering plans for an all-out gang war on the streets of Toronto, Rachel finds backup in three more angels that fell from Heaven’s favor. As they dive deeper, Rachel reaches a shocking revelation: The gang war is just the first phase of Conquest. If she’s right, that means the other three horsemen and the apocalypse won’t be far behind.

To restore their heavenly powers, Rachel and her angel companions must discover the truth behind their exile. Only then can they defeat the horsemen and save all of humanity.

Black Feathers is the first installment in a series of heavenly urban fantasy novels. If you like action-packed battle scenes, angels with attitude, and gritty Toronto backdrops, then you’ll love Cindy Carroll’s apocalyptic adventure.

*Note: This page contains affiliate links. If you purchase from one of the links I may get a small commission.