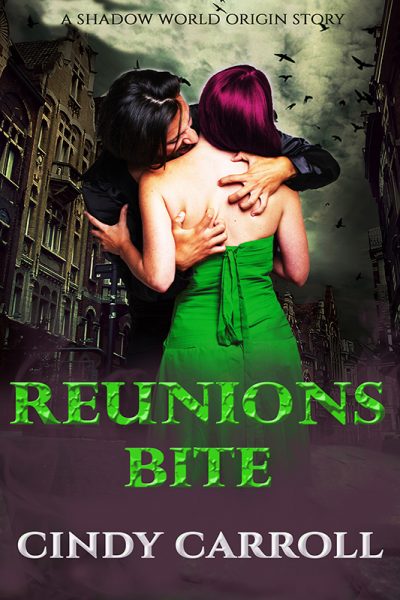 High school reunions…suck
Especially when you find out your hot ex-boyfriend hasn’t aged a day since prom.

Nothing could convince aspiring reporter Callie to attend her fifteen-year high school reunion — except the chance to find out more about the recent murders plaguing the city. The opportunity to ambush, er, interview hotshot Detective Evan Jones is too much to resist. She knows he’ll be there. After all, he was the prom king and the hottest, most infuriating guy in school.

And her first love.
And the guy who broke her heart.

Callie won’t let that stop her from getting the interview that might make her career. Besides, maybe if she sees that Evan has turned into a doughnut-obsessed, boring by-the-books cop, maybe she’ll finally get over him.

But Detective Jones is still a six-foot-one brawny, beautiful, infuriating bad boy. He hasn’t changed a bit since high school.

He still looks exactly the same.

Mixing business with pleasure might be ill advised, but one last hookup will help her move on from Evan for good.

Her interest in Evan draws the attention of the killer and she finds herself with target on her back. Unless they can stop the murderer, this will be the last reunion Callie ever attends.

*Note: This page contains affiliate links. If you purchase from one of the links I may get a small commission.